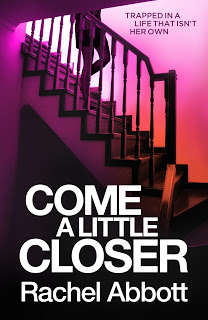 Can you describe your character?
Tom Douglas is just over six feet tall, with what I would describe as dirty blonde hair. He
sometimes struggles with getting the balance between what is legally right, and what is morally
right – as they are not always the same thing. This has presented him with many dilemmas over
the years.

What is his job role and where does he work?
Tom Douglas is a Detective Chief Inspector. He could have risen further in the ranks, but hates
the paperwork and it’s bad enough at his level. He works for Greater Manchester Police,
although he did have a short stint working for the Metropolitan Police in London. But he loves
Manchester – and that’s where his daughter, Lucy, lives with his ex-wife.

Where did the original  idea of Tom come about?
When I wrote Only the Innocent I realised from the outset that I needed a policeman – specifically
because someone is murdered in the very first scene! In this book, Tom is faced with the biggest
dilemma of all and I wanted him to be conflicted – to feel the impossibility of making the right
decision. I had never intended him to become a series character, but as soon as I completed the
novel, I knew we had to see more of him.

What makes Tom original?
Unlike many detectives in current novels, Tom isn’t depressed. Nor is he an alcoholic. He likes a
drink – but then he likes food, women, a comfortable home, too. His empathy with not only the
victims, but sometimes – where appropriate – the perpetrators of crime is the feature of his
character that I most wanted to emphasise. He is smart, and usually fairly well balanced. But he
doesn’t suffer fools gladly. Most of all, he is loyal to family and colleagues and I wanted people
to feel that he would never let them down.

What makes him tick?
Tom would love to see a world free from crime. He wants to catch the bad guys, protect the
weakest members of society and ensure justice is done. He loves his daughter, and family
means everything to him.
What is his biggest fear?
Tom’s biggest fear would always be related to his daughter. He knows how difficult things are
for young teenagers and the problems they face – particularly nowadays with the advent of
social media. He wants to protect those closest to him – at work, at home, and the victims that he
fights hard to win justice for.

If you and your character met in real life, do you think you’d get on?
I very much fear that I would fall in love with him! His moral code matches mine, I would like to
think, and I would have so much to talk to him about – so much to ask him.

Who would you like to see play Tom if your books were made into a film or TV show?
I have known for a long time that my perfect DCI Tom Douglas is Jack Davenport. I have a photo
of him which suits Tom completely – the smile, the hair, the crinkles round the eyes. Not every
photo of him matches my idea of Tom – but there are some moments when he looks just like the
Tom of my imagination.

How many books do you have in the series so far?
Come a Little Closer is the seventh full-length novel in the Tom Douglas series, and there is a
novella too. I’ve also started another series, based in Cornwall, with a different lead character –
Sergeant Stephanie King. The first book in the series And So It Begins is out in the autumn in
hardback.

What’s in store for them next?
Tom’s home life may change because of family circumstances. I can’t say more than that. But
while he battles with the changes, there will be more cases to solve – always – and he’s not
going to be leaving Greater Manchester Police (or my novels) any time soon.

Rachel Abbott’s debut thriller, Only the Innocent, was an international bestseller, reaching the number one position in the Amazon charts both in the UK and US. This was followed by the number one bestselling novels The Back Road, Sleep Tight, Stranger Child, Nowhere Child (a short novel based on the characters from Stranger Child), Kill Me Again and The Sixth Window. Her most recent novel, Come a Little Closer, is available from February 2018.
Rachel’s novels have now been translated into over 20 languages and her books have sold over 3 million copies in the English language.
In 2015 Amazon celebrated the first five years of the Kindle in the UK, and announced that Rachel was the #1 bestselling independent author over the five-year period. She was also placed #14 in the chart of all authors. Stranger Child was the most borrowed novel for the Kindle in the first half of 2015.
Rachel splits her time between Alderney – a beautiful island off the coast of France – and the Le Marche region of Italy, where she is able to devote all her time to writing fiction. For more information, see Rachel’s website, or follow her on Twitter.

I am totally honoured and made up seeing my quote above the blurb of Moonlight Over Muddleford Cove by Kim Nash. Which is out on the 30th March https://www.amazon.co.uk/gp/product/B08VHNLRML
#Saturdayafternoon #reading #THEWHISPERS by @heidiperks #reading #arc #paperbook #outsoon #bookpost #bookstagrammer
"This has to be the best audio I have ever listened to. it is freaking awesome." says @bakersNSSblog about Jailbird by @CaroSavageStory https://t.co/vtPbvXD7ZS
My January reads and a couple of audios and I only have one book left to read on my #netgalleyshelf 😀
#xmas nails #blacknails #arylicnails #tanandglamwallheath
Loving these Nino Cocktails from @barbaracopperthwaite can't wait to have a drink with you for real.....thank you so much 😘 xxx #cocktails #gin #ninococktails
Follow my blog with Bloglovin