Skip to content
Author of The Tattoo Thief  Alison Belsham joins me today on Blog Tour with a fab guest post telling us how she first got published. I hope you all enjoy it 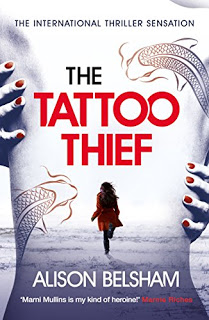 The Book
A policeman on his first murder case
A tattoo artist with a deadly secret
And a twisted serial killer sharpening his blades to kill again…
When Brighton tattoo artist Marni Mullins discovers a flayed body, newly-promoted DI Francis Sullivan needs her help. There’s a serial killer at large, slicing tattoos from his victims’ bodies while they’re still alive. Marni knows the tattooing world like the back of her hand, but has her own reasons to distrust the police. So when she identifies the killer’s next target, will she tell Sullivan or go after the Tattoo Thief alone?

The serendipity of getting published

First off, I’d like to say a huge thank you to Chelle for giving me the chance to write something for her brilliant blog – it’s a great way for me to introduce myself and let you in on the story of how my book, The Tattoo Thief, came to be published.

I’ve been a writer all of my life – I’ve had a career as a freelance copywriter and as well as that, I’ve always had some writing project or other on the go when I’m not working. So how did I finally come to be published author? All writers will tell you it’s down to hard work, bum-in-seat, long hours at the desk on your own – and this is certainly true. But I think it also takes a little bit of luck – a sprinkling of fairy dust, if you like, or the stars all lining up for one magical moment that carries you from wannabe to published writer.

So, what was my particular lucky break that boosted me across that invisible line?

There were two pieces of luck I had when it came to bringing The Tattoo Thief into being. Firstly, being struck with the idea for the story and, secondly, my route to publication. I think like most other writers, I’m constantly coming up with ideas for stories and books. Some are better than others. There are those that you know straight off simply aren’t going to fly and there are those that you believe, with a lot of hard work, could be turned into a great story. And then there are some that pop into your head, almost fully formed, and make you thinks, yes, this is THE ONE! That happened with The Tattoo Thief. In 2015, I got a tattoo – and lying in bed, too excited to sleep after my first tattoo session, I thought, ‘I’ve got my tattoo now and no one can take it away from me.’ Immediately after that, I thought, ‘But what if somebody did?’ And there was the story idea in that single sentence – what if somebody stole the tattoos off people’s bodies. That, at any rate, was the seed for the novel that became The Tattoo Thief, with a lot of hours of hard work to follow.

My second lucky break was seeing a post on Facebook advertising the Pitch Perfect event at the Bloody Scotland Crime Writing Festival. I’d never heard of Bloody Scotland before, but the opportunity to pitch my idea in front of a panel of publishers and agents seemed too good to miss. To win a place, I had to write 100 words about my novel. I quickly wrote down my idea and sent it off, with no real expectation of being selected – but a while later I had an email inviting me to come to Stirling to pitch in front of the panel. At this point I felt like I’d won – the opportunity to get some professional feedback at such an early stage, before I’d even started writing the novel, was something that I knew would be incredibly valuable. I honed my three-minute pitch and rehearsed it endlessly before jumping on a plane to Glasgow and heading onwards to Stirling.

I was terrified. I’d never pitched or even spoken publicly before, but now I was going to stand up in front of a crowded hotel ballroom and a panel of experts and try to persuade them all that my as-yet-unwritten novel might be of interest to them. Gulp! Luckily, I didn’t fluff my lines or run over the strict time limit, and at the end of my pitch I was able to answer the questions the panel threw at me. It was an amazing experience and no one was more shocked than I when the panel came back from their deliberations and declared me the winner. That was totally beyond my expectations.

After winning Pitch Perfect, I very quickly signed with an agent, the wonderful Jenny Brown of Jenny Brown Associates and then ended up selling the book to my now-editor Sam Eades, of Trapeze Books, who had been on the Pitch Perfect panel and had taken an interest in the book from the start. Doing Pitch Perfect definitely changed things for me, and if I hadn’t seen that one post on Facebook, I certainly wouldn’t be in the position I’m in now. So, yes, writing a book takes a hell of a lot of hard work, but being open to a little luck coming your way is part of the mix too!

You’re very welcome Alison….it’s been fab that I have had the chance to take part in the tour. 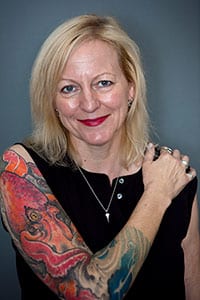 Alison Belsham initially started writing with the ambition of becoming a screenwriter — and in 2000 was commended for her visual storytelling in the Orange Prize for Screenwriting. In 2001 she was shortlisted in a BBC Drama Writer competition. Life and children intervened but, switching to fiction, in 2009 her novel Domino was selected for the prestigious Adventures in Fiction mentoring scheme. In 2016 she pitched her first crime novel, The Tattoo Thief, at the Pitch Perfect event at the Bloody Scotland Crime Writing Festival and was judged the winner.
Twitter: www.twitter.com/alisonbelsham 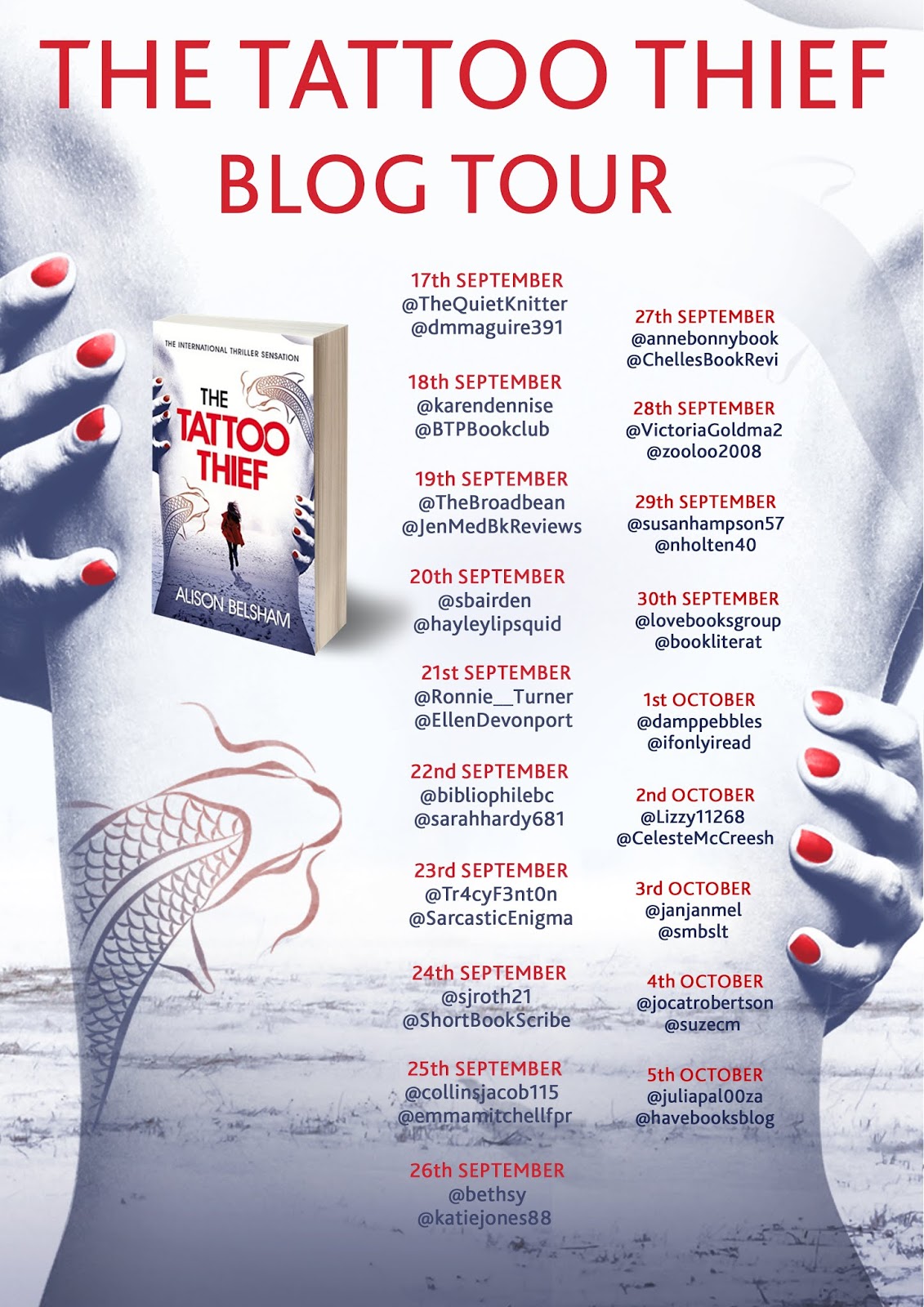 I am totally honoured and made up seeing my quote above the blurb of Moonlight Over Muddleford Cove by Kim Nash. Which is out on the 30th March https://www.amazon.co.uk/gp/product/B08VHNLRML
#Saturdayafternoon #reading #THEWHISPERS by @heidiperks #reading #arc #paperbook #outsoon #bookpost #bookstagrammer
"This has to be the best audio I have ever listened to. it is freaking awesome." says @bakersNSSblog about Jailbird by @CaroSavageStory https://t.co/vtPbvXD7ZS
My January reads and a couple of audios and I only have one book left to read on my #netgalleyshelf 😀
#xmas nails #blacknails #arylicnails #tanandglamwallheath
Loving these Nino Cocktails from @barbaracopperthwaite can't wait to have a drink with you for real.....thank you so much 😘 xxx #cocktails #gin #ninococktails
Follow my blog with Bloglovin