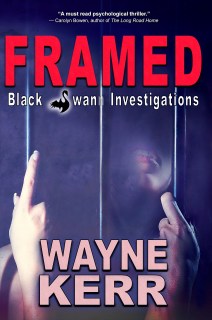 Can you describe your character?
Reggie Swann is a strong woman, physically as well as mentally. An only child, she was a Daddy’s girl and a tomboy. Fiercely competitive, she excelled in sports and academics. Solving riddles and puzzles was a family pastime, which she put to good use later when she became a policewoman. She loved her job, quickly earning her Detective’s shield, her husband and had plans to start a family when she was framed and convicted of murder. Spending ten brutal years behind bars did not break her.
What is her job role and where does she work?
As a cop she had a low opinion of Private Investigators, however, finding herself with few options after prison Reggie becomes one and discovers that she enjoys it. Reggie decides to stay in Penticton, British Columbia the small resort city that she grew up in and couldn’t wait to leave after high school. Her adult self has a new appreciation for the community, its beautiful surroundings and its often quirky residents.
Where did the original idea of Reggie come about?
My first books were a paranormal/sci-fi series for children and Reggie is a grown-up version of one of the characters in those novels.
What makes them original?
Reggie Swann is a small-town girl who went to the big city and succeeded, only to have everything taken away. After ten years in prison, all Reggie wants is the old life she had built, but that is gone forever. We get to follow her as she copes with a world that passed her by and learns how to live and thrive in the new one.
What makes Reggie tick?
A strong desire to help others and right wrongs.
What is her biggest fear?
That she will never get to live a normal life again (and being locked in solitary confinement).
If you and your character met in real life, do you think you’d get on?
Yes, for certain. There are aspects of my wife and daughter in Reggie’s character. Given that she is closer to my daughter’s age and very into sports, I’d like to think that I’d have been her coach. I coached sports for many years before becoming a writer.
Who would you like to see play her if your books were made into a film or TV show?
Someone like Evangeline Lily. Kate Austen, the character she played in the series ‘Lost’ was smart and strong.
How many books do you have in the series so far?
‘Framed’ is the first book published in the Black Swan Investigation series, so far. Book two, is currently in the final stages of the second draft and will go to editing soon; and the first draft of book three is nearly finished.
What is in store for them next?
Rock and Roll Hall of Fame star, Milo Getz is found, drowned in a vat of wine after a party at his boutique vineyard. The police rule his death accidental, but his beautiful young wife refuses to accept their findings. At the pleas of the grieving widow and despite the contrary evidence Reggie reluctantly agrees to investigate. As Reggie digs into the case, she discovers that the controversial musician had a multitude of enemies…
Amazon UK 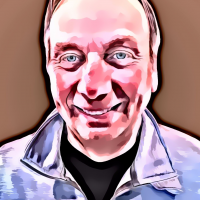 About The Author
Originally from Biggar, Saskatchewan, I now live in Green Valley, Arizona and Kelowna, British Columbia. I’ve been married to my high school sweetheart for almost forty years. When I’m not reading or writing a mystery/thriller I’m likely hiking, biking or playing tennis.
http://waynekerrnovels.allauthor.com/
https://twitter.com/waynekerrnovels