I am delighted to share my 4 star review for Fifty Years of Fear by Ross Greenwood on Blog Tour today. 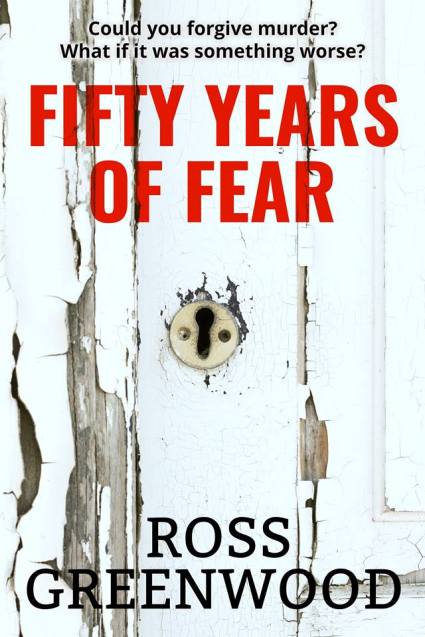 A childhood accident robs Vincent of his memories, causing him to become sensitive and anxious around others. His differences attract bullies, and he comes to rely heavily on the support of his family.

After the devastating loss of his parents, a remarkable woman teaches him to embrace life, and, little by little, he realises the world is far more forgiving than he imagined. When fragments of his memory return, he begins to unravel his past.
Who was his mother? What kind of man was his brother, Frank? And why does death surround him?
Fate is cruel. History is dark. Things are not as they seem.
Perhaps he should’ve stayed at home.

“At last a page turner novel that doesn’t disappoint..”
“This is powerful and atmospheric storytelling..”
“Absolutely brilliantly written from start to finish”

This is one of those reviews that I don’t want to give to much of the plot away.

The story starts off Fifty Years ago in 1966 when Vincent was born. Wow what a simple opening. We then him follow his journey through life from 1980 at the age of 14. We learn that he is a clever lad at school, and goes through the heartbreak of losing his parents. Which I can totally relate to having lost one of mine. He meets a woman who teaches him to embrace life. He starts to remember his past where we read some dark and disturbing scenes which involve some uncomfortable subject matters. Sensitivity is show in the author’s writing and you cannot help but feel for him
.
From the very first page I was intrigued by Vincent and even though this isn’t your normal crime thriller that I would normally read. It starts off has a slow burner, but soon picks up speed when the story takes a turn which I wasn’t expecting.

The author certainly knows how to keep your attention from start to finish, talk about a captivating read. Keeping you guessing what is going to happen next.
It is a totally addictive original story and nothing like I have ever read before…..Ross Greenwood certainly knows his stuff!
If you are looking for a page turner that that is full of twists and turns this is the book for you which I highly recommend giving it 4 stars. 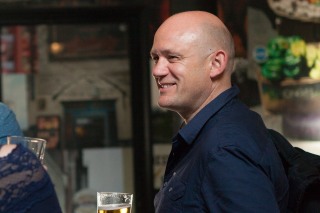 Ross Greenwood was born in 1973 in Peterborough and lived there until he was 20, attending The King’s School in the city. He then began a rather nomadic existence, living and working all over the country and various parts of the world.
Ross found himself returning to Peterborough many times over the years, usually, so he says “when things had gone wrong.” It was on one of these occasions that he met his partner about 100 metres from his back door whilst walking a dog. Two children swiftly followed. And, according to Ross, he is “still a little stunned by the pace of it now.”
Lazy Blood book was started a long time ago but parenthood and then four years as a prison officer got in the way. Ironically it was the four a.m. feed which gave the author the opportunity to finish the book as unable to get back to sleep he completed it in the early morning hours.
Ross Greenwood’s second book, The Boy Inside, was picked up by Bloodhound Books, and now, Fifty Years of Fear, is out. All his books are thought provoking, and told with a sense of humour.
Ross Greenwood hopes you enjoy reading them. Please feel free to get in touch on http://www.rossgreenwoodauthor.com

Other Books by Ross Greenwood 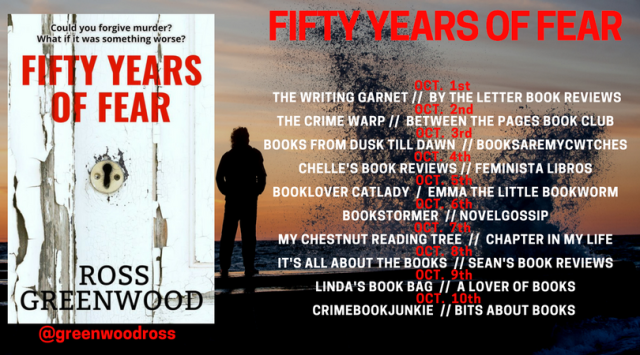