Skip to content
I am super excited to share my 5 star review with you on Dead Souls Blog Tour today. 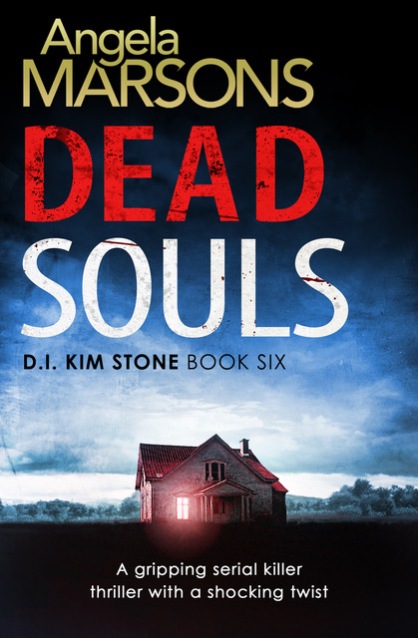 The truth was dead and buried…until now.

When a collection of human bones is unearthed during a routine archaeological dig, a Black Country field suddenly becomes a complex crime scene for Detective Kim Stone.

As the bones are sorted, it becomes clear that the grave contains more than one victim. The bodies hint at unimaginable horror, bearing the markings of bullet holes and animal traps.

Forced to work alongside Detective Travis, with whom she shares a troubled past, Kim begins to uncover a dark secretive relationship between the families who own the land in which the bodies were found.

But while Kim is immersed in one of the most complicated investigations she’s ever led, her team are caught up in a spate of sickening hate crimes. Kim is close to revealing the truth behind the murders, yet soon finds one of her own is in jeopardy – and the clock is ticking. Can she solve the case and save them from grave danger – before it’s too late?

An addictive, sinister crime thriller that will have readers on the edge of their seat.

Just in case you didn’t already know I am a massive Angela Marsons fan. So has always I couldn’t contain my excitement when I head Dead Souls is the the sixth Kim Stone book was coming out. Yes you read that right this is book six. It doesn’t seem five minutes since I read  Silent Scream which is the first book in the series. I don’t want to sound like a broken record but….WOWSERS this lady can write one top quality gripping story. Each book just gets better and better. Angela also gives us something a little different in each novel. In this one she gets a whole lot darker, which I absolutely loved.

Dead Souls tells a story of the finidings of human bones which are unearthed during a routine archaeological dig, a Black Country field and suddenly becomes a complex crime scene for Detective Kim Stone. It soon becomes clear that this is the grave of more than one person and with bullets hole and animal trap markings on the victims. Kim is taken out of her comfort zone by being taken away from her team and forced to work with Detective Travis, with whom she shares a troubled past with.Giving us an insight to her past. But we also get to know more about Stacey.This story is very well crafted with a difficult story matter.

We are also taken to new places about the Black Country. Which are not they are new to me because I actually know them but they are new to other readers that don’t know the area like I do. But Angela’s descriptions are spot on and I always feel like I am part of the story.

Dead Souls is yet again another cracking read which I cannot recommend enough giving it 5 massive stars. I cannot wait to see what is in store for Kim in the next book.

About the author
Angela lives in the heart of the Black Country with her partner, bouncy puppy and potty mouthed parrot.
It has taken many novels to find that one character who just refused to go away. And so D.I. Kim Stone was born.  The D.I. Kim Stone series has now sold over 2 million copies.
www.angelamarsons-books.com
https://twitter.com/writeangie
https://www.facebook.com/angie.marsons 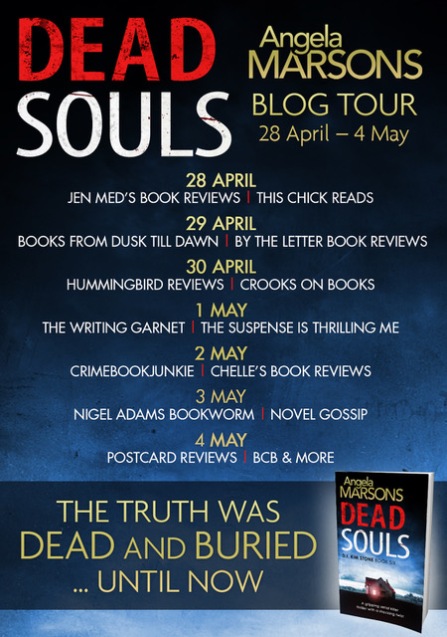