Today I am delighted to be the last stop on Blog Tour with a 4 star review for The Promise By Casey Kelleher. Which is out now you can grab your copy on the link below.

Two sisters. One murder. And an unbreakable bond.

Growing up in squalor with their drug-addicted prostitute mother, sisters Georgie and Marnie Parker have had to endure the very darkest side of life.

When their mother is sentenced for brutally murdering a client, Georgie and Marnie’s already precarious lives are blown apart and they now share a terrible secret. Sent to a children’s home, the sisters hope this might finally be their safe haven after years of neglect. But they soon discover they’re in real danger.

Desperate to find a place of safety, Georgie and Marnie run for their lives, but end up in the hands of Delray Anderton. A violent London gangster and notorious pimp, Delray has big plans for beautiful teenager Georgie, seeing her as a chance to make some serious money.

Fiercely protective of each other, Georgie and Marnie must escape the clutches of a man who will do anything to keep the sisters for himself. And, they must keep the promise they made to each other – no one can ever know the truth.

I am a massive fan of Casey and have been for years and couldn’t wait to get my teeth into this latest novel.

The first half of the story is a slow burner where we meet Josie mother of Georgie and Marnie. Josie lives the life of a drug user and prostitute. And finds herself in a situation where she brutally murders a client. Then Georgie and Marnie are sent to a children’s home hoping that they will be safe after years of neglect.  But they soon discover they’re in real danger.
Making a run for their lives they end up in the hands of  violent London gangster and notorious pimp, Delray Anderton. Who has big plans for beautiful teenager Georgie, seeing her as a chance to make some serious money. The question is can they escape him?

For me this isn’t one of my favourites due to the fact that I felt like I was reading a story about my sister which I disowned many years ago. Honestly I just wanted to punch Josie in the face because she had the same effect on me has my sister did! Bad I know but this is my honest opinion.  But at the same time my heart went out to the sisters being neglected like they were.

Once Josie was out of the picture the story certainly picks up speed and I couldn’t put it down. And has always Casey doesn’t disappoint with her gritty gripping style of writing. With scenes that turned my stomach and made me feel visually sick. Seriously that’s the effect this book had on me.

The Promise isn’t for the faint hearted thats for sure. With subject matters that aren’t for everyone. But Casey has done a brilliant job of portraying these with her well crafted writing skills.

Fans of Kimberly Chambers and Martina Cole will love it has the story takes you on a whirlwind of emotions. Which I highly recommend giving it 4 stars.

Thank you to Bookouture for a copy in exchange for a honest review. 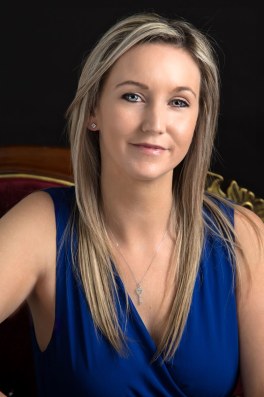 Born in Cuckfield, West Sussex, Casey Kelleher grew up as an avid reader and a huge fan of author Martina Cole.

Whilst working as a beauty therapist and bringing up her three children together with her husband, Casey penned her debut novel Rotten to the Core. Its success meant that she could give up her day job and concentrate on writing full time.

She has since published Rise and Fall, Heartless, Bad Blood, The Taken and her latest release, The Promise.

For all news and updates:

The biggest thank you to @ljross_author for a copy of #therock to add to my gorgeous collection of books 🤩 #dciryanmystery #ljross #bookpost #bookblogger #bookstagram #paperbook @ljrossbookclub @ljrossauthor
Massive thank you to @sarah_hilary999 for my #TheakstonsCrime @HarrogateFest FOMO care package....I love it 😍 #fragile #competitionprize #winner #bookpost #bookstagram
I'm #reading #TheFamilyTree by Steph Mullin & Nicole Mabry.....it's really good! #mondayvibes #bookstagrammer #books @avonbooksuk
Scrolling through #twitter and I spot this.
Happy Publication Day @author_nicola I've got my copy of #welcometoferrylanemarket from Sainburys wombourne 😀
On the beach #reading #invisiblevictim by @mel_sherratt #sundayvibes #arc #bookstagram #bookouture
Follow my blog with Bloglovin