Skip to content
Today I am delighted to be kicking off Bad Little Girl Blog Tour on publication day with a Q&A interview with the author herself….Frances Vick. You can grab your copy of Bad Little Girl on the link below for just 99p.

Good Morning and welcome to Chell’s Book Reviews. Can you tell us a little about yourself and background?
I’m originally from a small town in Nottinghamshire and both my parents worked at the local top security psychiatric hospital. I used to get notes and presents from the patients there, which, looking back, was a bit weird. I was expelled from school and spent the next few years on the dole in Nottingham. Eventually I got my qualifications together and went to Glasgow University. After that I moved to Japan and worked as an English teacher in junior high schools, then taught in Italy as well, I worked in a theatre in New York for a while; I was a cook/life model in an arts centre in Tuscany; and for two hellish weeks I was a street based charity fundraiser. Latterly I was a youth worker in London, working with homeless refugees, until I had my own children and began to write instead.

When did you know that you wanted to become a writer? and how did you go about it?
From being very small- maybe 5 or 6. I wrote all the time but never showed anyone anything and never thought I could actually become a writer, because that’s not what normal people do, right? At school I was told I’d be lucky to stay off the dole ( I wasn’t that lucky). When my eldest boy was in school full time, I had a bit of time, so I wrote my first book ‘Chinaski’. It came out in 2014.

Can you tell us what genre your books are and the audience you write for?
I don’t really see myself as a genre writer to be honest. Some people are seeing ‘Bad Little Girl’ as a psychological thriller, and I’m happy with that description, but I can’t say everything I write will be within the same category. But that’s not up to me, it’s up to the readers

What is your writing process? and how long does it take?
The hardest part is getting a book deal- that can take longer than actually writing the book in the first place! My first two novels took about a year to write- from first draft to final edit. The book I’ve just finished- my second for Bookouture and as yet untitled- took two and a half months to write the first draft, but there’s a lot of work still to be done!

Are your characters based on anyone you know or are they just fictional? 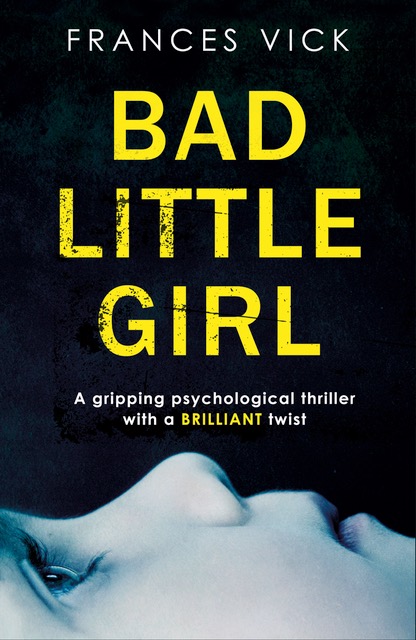 Not really. They may have similar habits and verbal ticks to real people, but they’re not based on anyone.

Have you wrote about a personal experience in your novels?
‘Chinaski’ has some passages in it that are based on my experiences touring with bands in the 90’s, and the funeral has some elements of my own fathers funeral. One of the characters dies in- what in my mind- is my Grandma’s old flat in Newcastle.

What research do you do?
I research everything! Even if I don’t use it, I need to know. For ‘Bad Little Girl’ I drove my friend who is a firefighter crazy with questions about accelerants, and not much of that even made it into the book. I did a lot of research into child protection procedures too- even though my character, Claire, doesn’t follow them properly. I had to know what she should do, in order to have her fail at doing it.

Who would you like to co-write with and why?
No! I think I’d be terrible at that. Writing is very solitary, and I enjoy that about it.

What’s your favorite book?
The Idiot by Dostoyevsky

What’s your favorite song?
I Only Have Eyes For You by The Flamingos 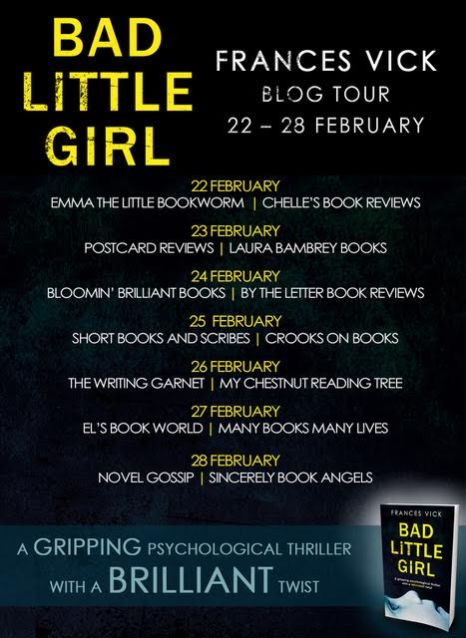